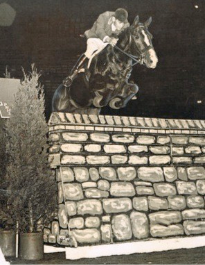 Neal Shapiro was a member of the United States Equestrian team for over 12 years, training that entire time at the USET facility in Gladstone NJ, under the tutelage of the Master Horseman, Bertalan deNemethy. At the 1972 Olympics in Munich, he won the team Silver medal and the individual Bronze medal.  He has twice won the Grand Prix of Aachen, the world’s most prestigious show jumping competition.